It all started when I found this hanging on my mailbox. 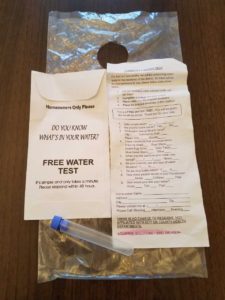 Aquafeel Solutions said that our entire neighborhood’s water was contaminated and that they were offering free water tests to all homeowners in the neighborhood.

I was immediately suspicious and began doing some online research on the company.

It turns out that this scam was already reported in Tampa, Florida and Tega Cay, South Carolina.

Complaints about this company have been reported for years.

I then checked the Better Business Bureau website and it reports that the company had their accreditation revoked.

Aquafeel Solutions claimed they got permission from our HOA to test our water. I was suspicious of this also, so I contacted my HOA with this e-mail:

I contacted WSOC-TV Action 9 investigative reporter Jason Stoogenke and asked him if the station has heard of the scam here in Charlotte, NC. I’ve worked with Jason before about my work in patient safety and public health. I sent him the links I found about the scams in Florida and South Carolina.

At that point we didn’t know if there was any kind of fraudulent claims being made here in our area. Jason told me prior to the cameras being set up, “Maybe there’s something there. Maybe there isn’t. Let’s find out”.

WSOC-TV set up four hidden cameras in my house and set up other cameras to film. 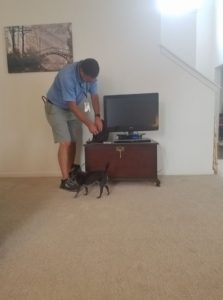 Find out we did.

Jason and a cameraman were upstairs listening in and watching the hidden camera footage on a monitor. 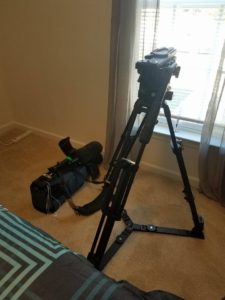 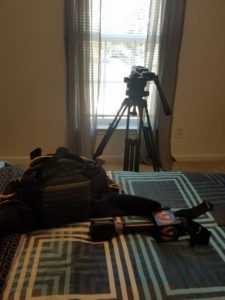 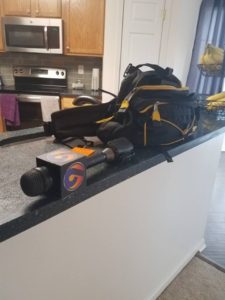 In a period of 75 minutes, the sales rep made over 50 false claims.

Too many to post but here are a few:

He even did a little magic trick in my kitchen. He had me fill two bowls with water. He added a chemical to one bowl, used a metal spoon to stir it, and the water turned orange. He said that the chemical he added tests for the chemicals Charlotte Water Utility uses to clean city water. Then he had me put my hand in the other bowl for 30 seconds, and then he added the same chemical. It stayed clear. He told me that my skin absorbed the contaminants and therefore the water stayed clear. I should mention that this is a science trick my dad taught me as a little girl. Ions mix with pH and alkaline causing the water to turn colors. My dad was a chemical engineer and I have a background in science. At no time did Aquafeel Solutions actually test for contaminants in my water. In fact, when I asked them to, the salesman said that we were “overthinking this” and refused to do any further testing.

The salesman said that military personnel and government employees get a discount on the $7,000 water filtration system. When I told him I work for the U.S. Department of Health and Human Services and I’ve done work with the FDA and CDC, he got visibly nervous.

In addition, the salesman again repeated that he got clearance from my HOA. This is the response I got when I emailed the HOA to ask them about it. They did not authorize any water tests and said they will be reporting this to the proper authorities.

When the salesman left, the reporter came back downstairs and kept shaking his head. He had a lot of claims to fact-check. Before he and his crew left, we took a group photo. 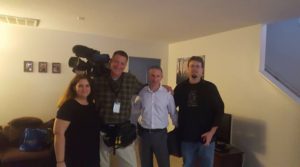 They also contacted Aquafeel and the salesman to get a statement from them.

WSOC-TV came back to my house on October 27, 2017 to do an on-camera interview with me. 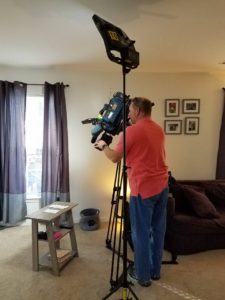 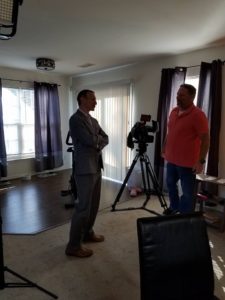 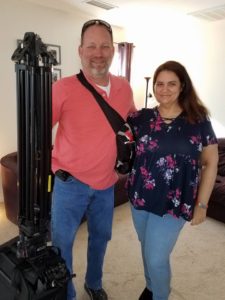 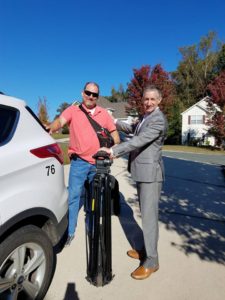 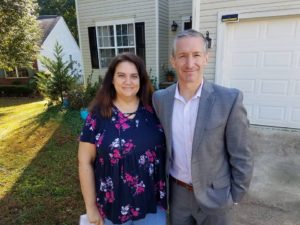 The story aired on November 9, 2017. Jason Stoogenke came to my house again to film the intro live in front of my house, at my mailbox where this all started. 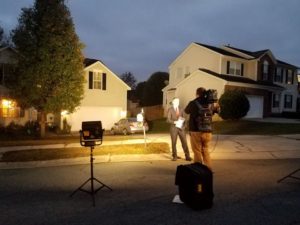 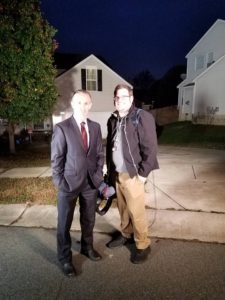 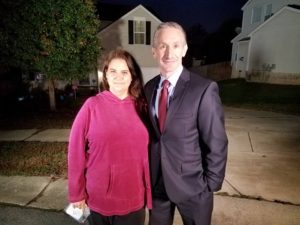 Bottom line: Always do independent research when a company tries to sell any product to you. While there are good companies out there, there are also fraudulent, predatory ones. By having all available information, you can make an informed decision about what is right for you and your home.