If you’ve never heard of Health Care Justice North Carolina, you’re about to hear a whole lot about it. 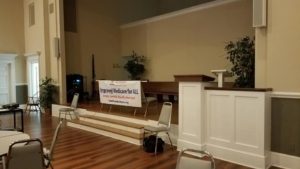 I’ve been active in healthcare issues for a little over a decade, one of which is Medicare For All; single-payer national health insurance. As of January 17, I’m the newest member of the Legislative Committee. 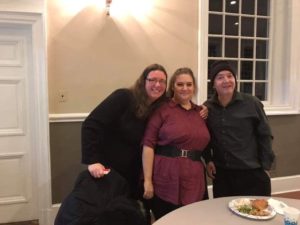 It’s the perfect marriage for me. I am a harmed patient with high medical bills, I do national advocacy, and I’ve worked with local, state, and Federal government agencies to affect change.

Why this is personal: I have several illnesses that require a lifetime of monitoring, tests, and expensive prescriptions. Hospital stay and surgery costs cut into our savings, like many Americans. 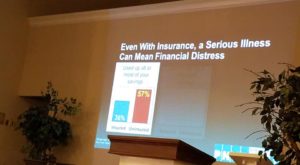 I remember one surgery in particular… The hospital was covered by my insurance and my surgeon was covered; my anesthesiologist wasn’t. I got a huge bill that I was expected to pay out of pocket. When I called the insurane company to appeal it, I said, “Was I supposed to bring my own anesthesiologist??”

Another example is a blood test I need to monitor my blood disorder. This test explained why my blood counts were so low and how my doctors can treat my condition. The insurance company called the test “experimental” (it’s not. It’s a standard test that is well known) and refuses to cover it. My primary doctor and hematologist were furious when I brought it to ther attention. They both submitted paperwork explaining why it is medically necessary. I’m still battling the insurance company over this.

My medications are costly. I’ve had to decide between paying mortgage and utility bills or paying for medications. I’ve had to either ration medicine or decide not to fill it out of fear of running out of money.

And remember, I am insured. I fall into the category of underinsured.

There are a lot of people like me who can’t pay medical bills under the current system. Improved Medicare for All warrants a lot more discussion and finding ways to fix a broken system.

This is something I’m passionate about and you’ll be seeing a lot more of me as I lend my voice to affect change.