On March 27, 2015 – three years ago today – I testified at the Food and Drug Administration about proposed labeling changes on generic medications. 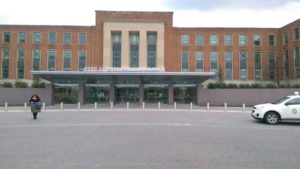 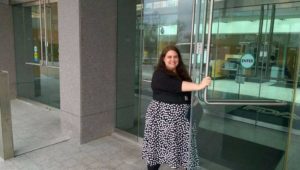 Finalizing this rule would open the door for patients who are harmed by generic medication the right to sue the generic drug manufacturer. This is because of a 2011 Supreme Court decision called Pliva v. Mensing.

Gladys Mensing and Julie Demahy were prescribed Reglan in 2001 and 2002 respectively. Instead of receiving Reglan, they were given its generic version metoclopramide.

They both developed tardive dyskinesia, a serious, non-reversable neurological disorder. As evidence mounted, the drug’s warning label was altered in 1985, 2004, and 2009. The 2009 label instructed that use of the drug beyond 12 weeks “be avoided in all but rare cases.”

Mensing and Demahy sued the manufacturers of the generic drugs they had taken. They alleged that the manufacturers were liable under state tort law for failing to provide adequate warnings. The manufacturers pleaded preemption as an affirmative defense, contending that because federal law required them to use the same label as Reglan, it was impossible to comply with a state-law duty requiring a different label.

The generic manufacturers moved to dismiss on implied pre-emption grounds arguing that:

1) FDA regulations require the warnings on generic pharmaceuticals to be the same as those of the brand-name product.

The U.S. Supreme Court decision represents a landmark victory for generic drug makers on the issue of federal pre-emption. By a 5-4 majority, the Supreme Court held that state law failure to warn claims against generic pharmaceutical manufacturers are impliedly pre-empted by federal law. In reaching this decision, the court accepted the Food and Drug Administration’s interpretation of its own regulations that generic manufacturers are legally prohibited from unilaterally changing or strengthening their product labeling without prior FDA approval. This deference to the FDA paved the way for the court’s holding. The court held that because it was impossible for a generic manufacturer to unilaterally add or strengthen warnings without violating FDA regulations, all state law failure to warn claims are pre-empted.

A generic drug is a medication created to be the same as an existing approved brand-name drug in dosage form, safety, strength, route of administration, quality, and performance characteristics. And they are significantly less expensive than its brand name counterpart.

Eighty percent of medications dispensed are generic. And if you are harmed by a generic medication, you cannot sue the manufacturer. There is no justice for those patients.

The Food and Drug Administration proposed a rule to change warning labels, which would open the door to those patients to receive justice.

I testifed at the FDA to urge them to finalize that proposed rule. 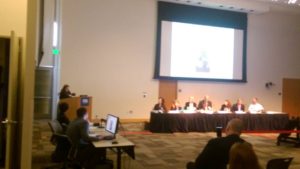 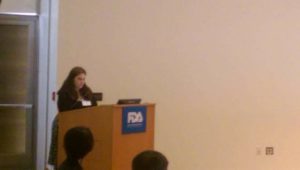 Those injured by generic drugs have suffered the same injuries and disabilities as those who took brand name medications and justice has been denied because of the current generic drug safety loophole.

The FDA has the power and responsibility to ensure patients are warned and to promote safety by making sure generic drug makers are accountable for their products just as brand name-drug makers are. By not finalizing the proposed rule, it is only adding injury to injury and leaving patients at risk.

An FDA decision has been postponed several times.

It has been three years and the FDA continues to fail to finalize the proposed rule.