I met The Bleeding Edge documentary film makers Kirby Dick and Amy Herdy in February 2016 in Washington, DC. They were making a film about medical harm. 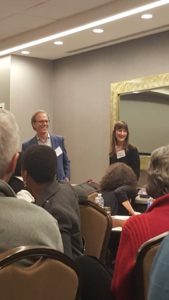 Their film The Bleeding Edge debuted today, July 27, 2018 on Netflix. It exposes the horrors of the medical device industry. Click on the image below to watch it. 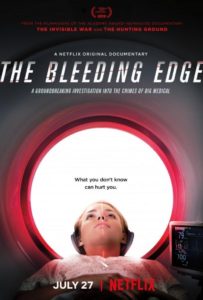 (I make a brief cameo in the film) 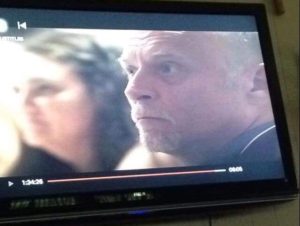 I’ve been a patient advocate since approximately 2012. This happened accidentally because I was harmed in 2006 by Cipro and Levaquin, both fluoroquinolone antibiotics made by Bayer and Johnson & Johnson respectively. In the last twelve years I’ve had over two dozen surgeries to repair the damage caused by a medication that was supposed to help me. Antibiotics that carry extreme risks, that the risks outweigh the benefits, and that I was never warned about. The information regarding risks were hidden until advocates across the globe came forward to expose them, including myself. 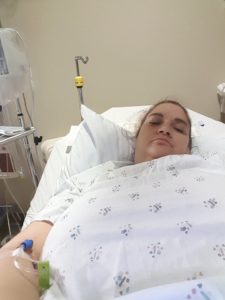 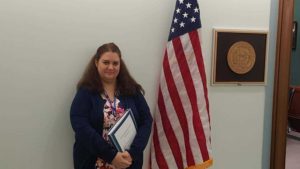 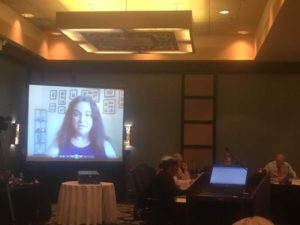 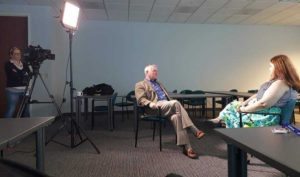 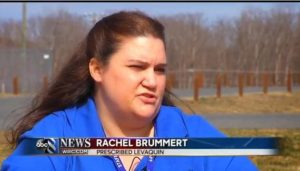 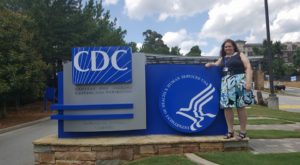 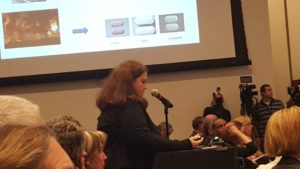 It was advocacy that led to several changes in the warning labels. We were on  mission to hold Bayer and Johnson & Johnson, as well as the FDA, accountable. Although they still maintain that these drugs are safe and effective and they stand by their products, they did make changes because it became clear that their own data proved what advocates knew all along, and they could not deny the risks any longer.

One workshop that I attended was in Washington, DC where I attended a training session led by the National Center for Health Research. This workshop changed the trajectory of my advocacy. I learned about the approval process, how drug companies use smoke and mirrors to market drug commercials, and how loopholes are created that make it hard to navigate. While there, I had the honor of being on a panel to discuss how advocacy leads to changes at the FDA. On that same panel is Angela Desa, who is featured in The Bleeding Edge documentary.

Meeting them solidified my decision to advocate for all patients harmed by pharmaceutical drugs and medical devices. It gave me a complete picture about the flawed system as a whole and I felt compelled to be part of the solution by being on the policy end.

In 2016, I became a Special Government Employee (SGE) for the Center for Devices and Radiologic Health (CDRH) at the Food and Drug Administration. 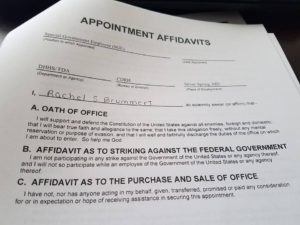 I was chosen for two device panels, but under CDRH policy, I can be borrowed and called to serve on any panel under the CDRH umbrella.

Recently, I served as Consumer Representative on an advisory panel to discuss the safety and effectiveness of a cardiac device, and the risk vs benefit profile. My job is to represent consumers and raise concerns about how the particular device can affect patients. I analyze data that I must keep confidential, I ask questions to the device makers and to FDA investigators, listen to testimony from the public hearing portion of the hearing, and express input from a patient safety perspective. At the end of the hearing, before the panel vote, I can sum up what I brought up during deliberations and make recommendations to the FDA and device makers on how to incorportate patient safety. The panel then votes on whether to advise on further steps. In this case, some of the advisory committee recommendations made me happy because the risks did prove to be alarming and steps will be taken to make vital changes. Other parts infuriated me, such as when it was agreed by the majority of the panel that it should be left up to surgeon discretion as to whether the device should be used. With the exception of me, the Patient Representative and the Industry Representative, the voting panel was made up of all surgeons who use the device. 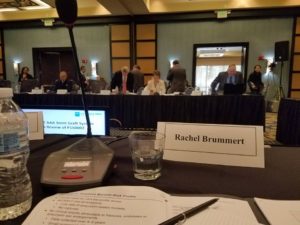 That all said, I watched the Bleeding Edge today and as a harmed patient, a patient advocate, and an SGE with the U.S. Department of Health and Human Services, I have some thoughts on it.

While I know a lot about the approval process of medical devices, and I know people harmed by the devices, the film is shocking. The depth of profits over patients is stunning. And the collective voices of the patients who bravely told their story is inspiring. This film is necessary and helps viewers understand how it came to be that this is allowed to happen, and why the voice of harmed patients and advocates can be a powerful force for change.

The film should serve as a wake-up call to everyone: patients, physicians, device manufacturers, and the FDA.

As an advocate, I’ve experienced push back by the industry, and it can be overwhelming. It can make you feel crazy because no one is listening to you, or they are dismissing your symptoms and pain calling it “rare” or “just part of the illness, not the device/medicine”. You become conditioned to think it’s all in your head. The thing is, can it be all in your head when so many people are coming forward with horrific stories of harm? That’s hard to ignore when people around the world are experiencing harm that they were never told about, and in the name of so-called “innovation”. Even harder when all the adverse events that have been reported are only 4 to 5 % of the total amount so the rest of the 95 to 96% are people suffering in silence. Adverse events are “voluntary reporting” by patients. Doctors who become aware of the adverse events are not required to report it. Only industry is required. Except that there is no incentive to do so when they have a stake in its usage and sales. When patients do report adverse events, they are dismissed with phrases like ” You’re not a doctor so what do you know?”. Actually harmed patients know a lot more than anyone. Just saying.

I was at Johnson & Johnson a few years ago to talk about my story and how I am now disabled from Levaquin. Before I was even allowed up to the microphone, I had to be approved by the “mic keepers”. I was given 3 minutes to speak to CEO Alex Gorsky and the shareholders in attendance.

My microphone was cut off and Mr. Gorsky went into a monologue about how safe Levaquin is and how the company stands by their product. How Johnson and Johnson stands by their Credo, which, honestly, is a crock of sh**. 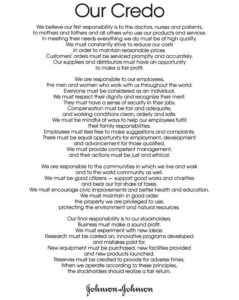 As someone who held a ticket to attend, My. Mike. Was. Cut. Off. And I was not quiet about that.

The year after, I met with Johnson & Johnson for the second time, where again, Alex Gorsky was in attendance. This time, I was thrown out by security. Twice. My dad was with me and he still thinks it’s equal parts hilarious and ridiculous. And it’s all on tape. These meetings are recorded. I wasn’t quiet about that either. 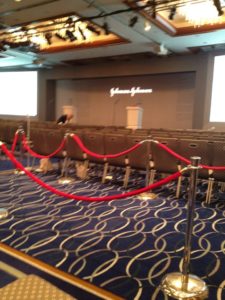 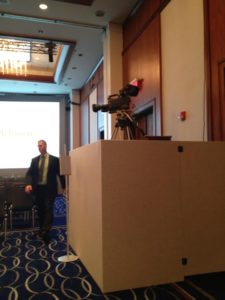 I’ve also been on both sides of the FDA process. I’ve testified at hearings as a harmed patient, and I’ve also sat on advisory panel meetings.

My advocacy and my work at the FDA gives me a complete picture of the approval process, and how Black Box warnings work. The combination of all of that experience came together when I watched the Bleeding Edge documentary.

The things that pharmaceutical drug and device companies get away with should be criminal. But it’s not. The film delves into how the exception became the rule and how loopholes were created by industry, the FDA, and Congress that allows this level of harm come to patients.

Did you know that if a device is recalled because it’s dangerous, that a device company can still get their version of that risky device approved because of the 501K pathway created by Congress? Ninety eight percent of devices are approved based on the 510K process, and based on previously recalled devices that are proven risky. Only in the pharmaceutical, medical device, and regulatory agency industries can this be allowed to happen.

Did you know that most physicians are not aware of the risks involved in the device they are implanting? They figure that the FDA takes care of that part of it. It does not.

Did you know that a representative from the device company is present during your surgery to implant the device and that you don’t have to be told that an unqualified, non medical professional salesman is watching your surgery? I have several medical devices implanted as a result of the pharmaceutical harm I’ve suffered over 12 years. Not once was I told about this. Or what the devices are made of. Or that it was untested. Or that I could have an allergy to the materials the device is made of.

I wasn’t told anything when I was going through medical harm. But thanks to the Bleeding Edge documentary, you can be.

It is vital- even life saving- to have ALL the information so that you can make an INFORMED decision about your health.

Thank you to Kirby Dick, Amy Ziering, Amy Herdy, for exposing the dangers of medical devices and to the brave advocates who shared their stories. Y’all saved lives and you are my personal heroes.

1 thought on “The Bleeding Edge Documentary on Netflix”